It’s now 10 years since the original version and the original team, which is highly motivated, is still proudly working together on this version. The DariusBurst series started in 2009 on PSP, and was then greatly expanded upon with additional features and improved graphics for the 2010 arcade release. The game is developed by Pyramid Inc. and will not only include features of the arcade version of “Another Chronicle EX”, but there will also be new features like a replay mode and new missions.

Prepare to burst with power
The Burst Beam brings a new, strategic dynamic into the game and changes the battles dramatically. The screen-filling laser shoots powerful blasts or can be locked into a certain position and be used as a shield against enemy fire. Asteroids and enemy fire are replenishing the shield, which gives the player the opportunity to hide behind it for quite some time. A big advantage in boss battles!

Deep sea Sci-Fi setting
One of the series’ most iconic features is the unique oceanic-themed design of enemy bosses. Inspired by a mix of Sci-Fi and deep-sea creatures, embodied as large mechanical battleships, they can be admired in all the graphical glory of DariusBurst: Another Chronicle EX+!
The screen is ultra-broad, modelled after the dual-display of the arcade version creating a fantastic sight into the marine-themed setting. The magnificent sea-life panorama is enhanced by an equally great soundtrack. TAITO’s in-house sound team Zuntata amplifies the adrenaline-filled atmosphere with powerful beats and emotional tunes.

FEATURES:
• Local co-op for up to 4 players
• 4 game modes and all new and exclusive scenarios
• High replayability with branching stages
• Modern HD graphics and a great atmospheric soundtrack
• Face off against more than 40 gigantic battleships
• Make strategic use of the versatile Burst Beam to destroy the evil Belsar Forces
• For the first time, take flight in the Silver-Hawk Murakumo in all modes 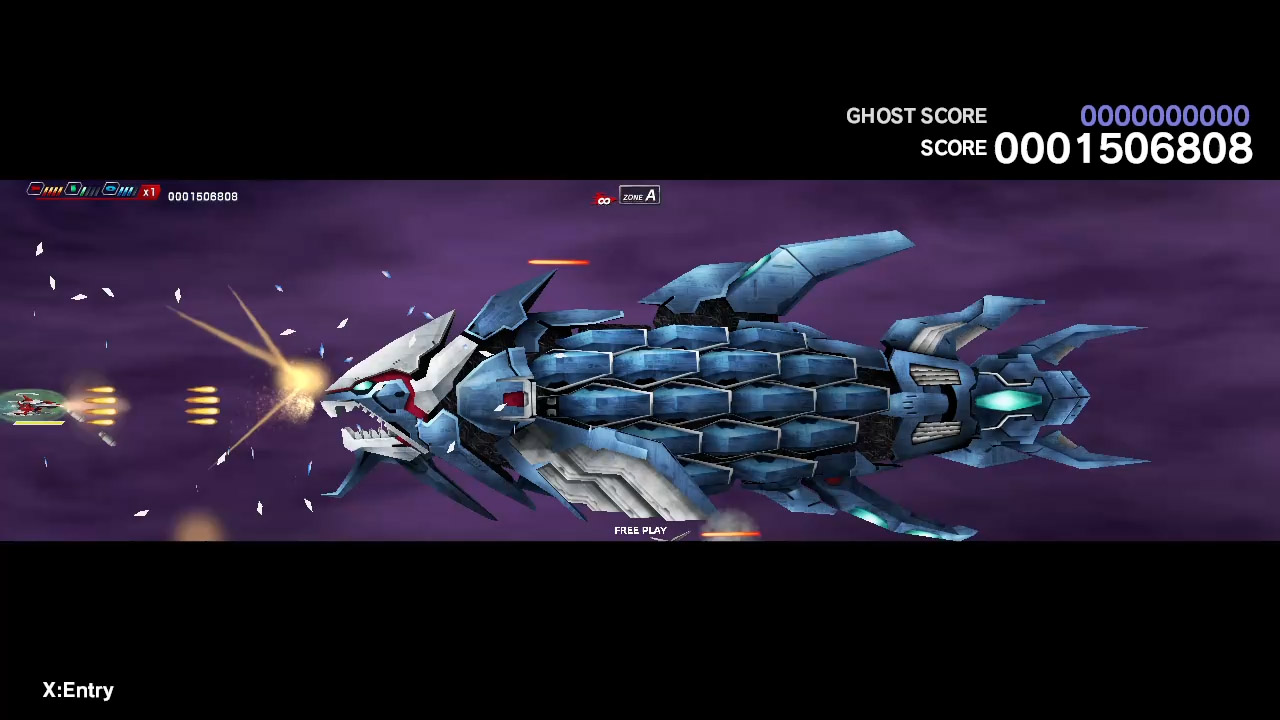 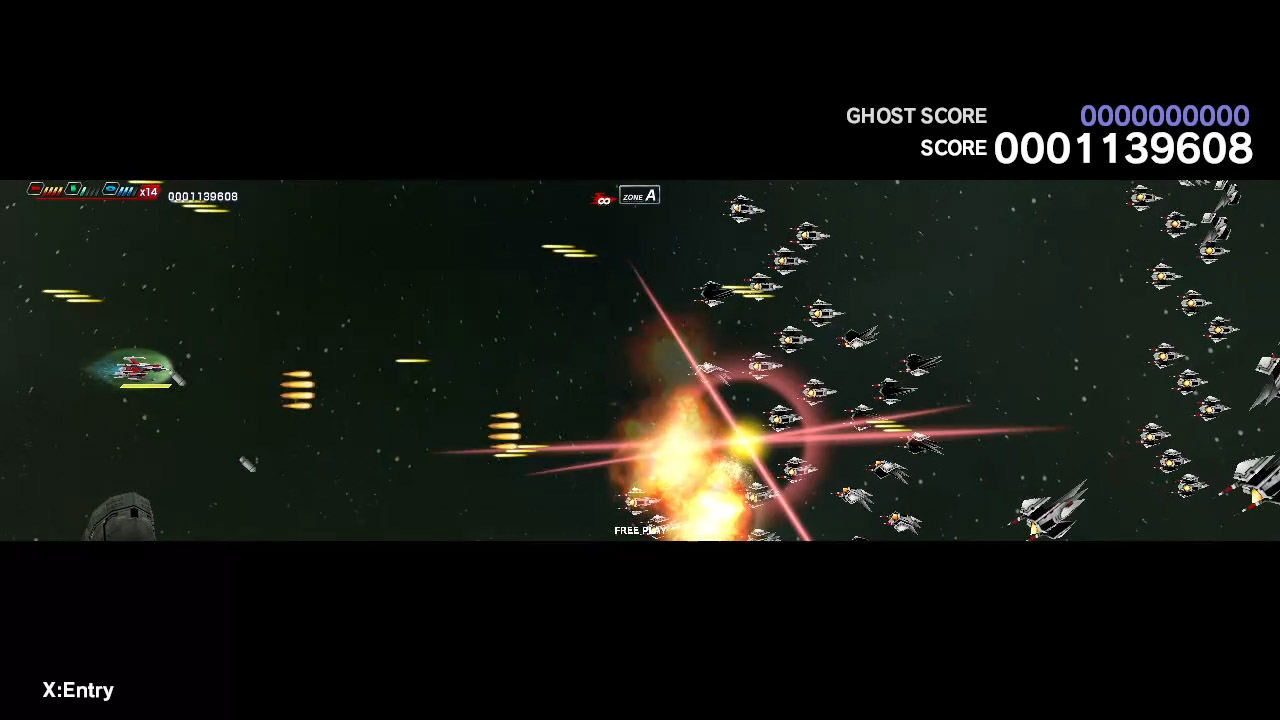 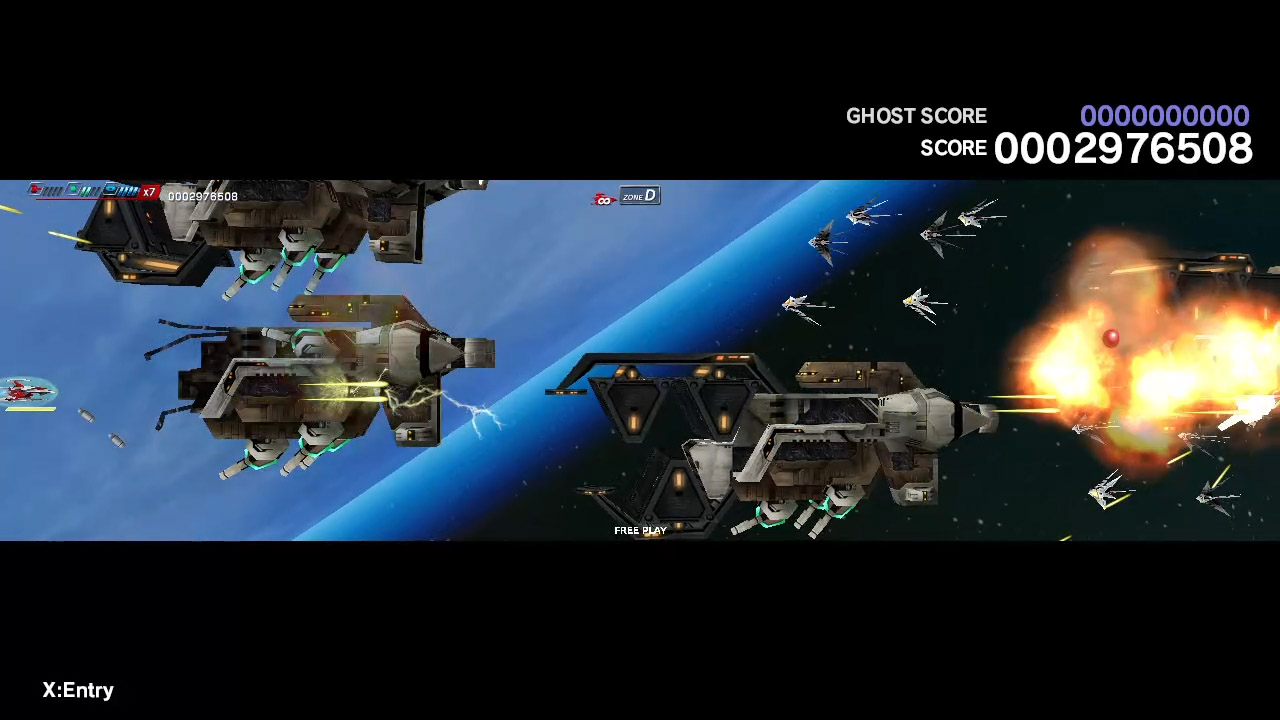 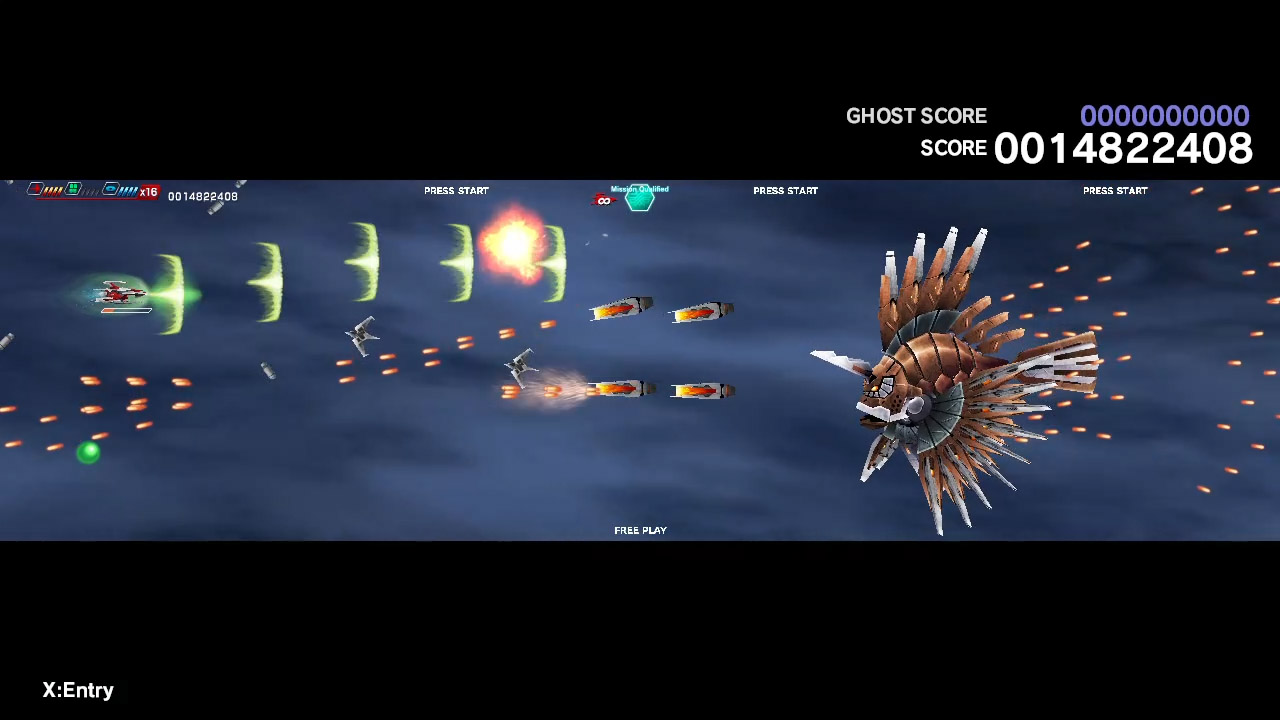 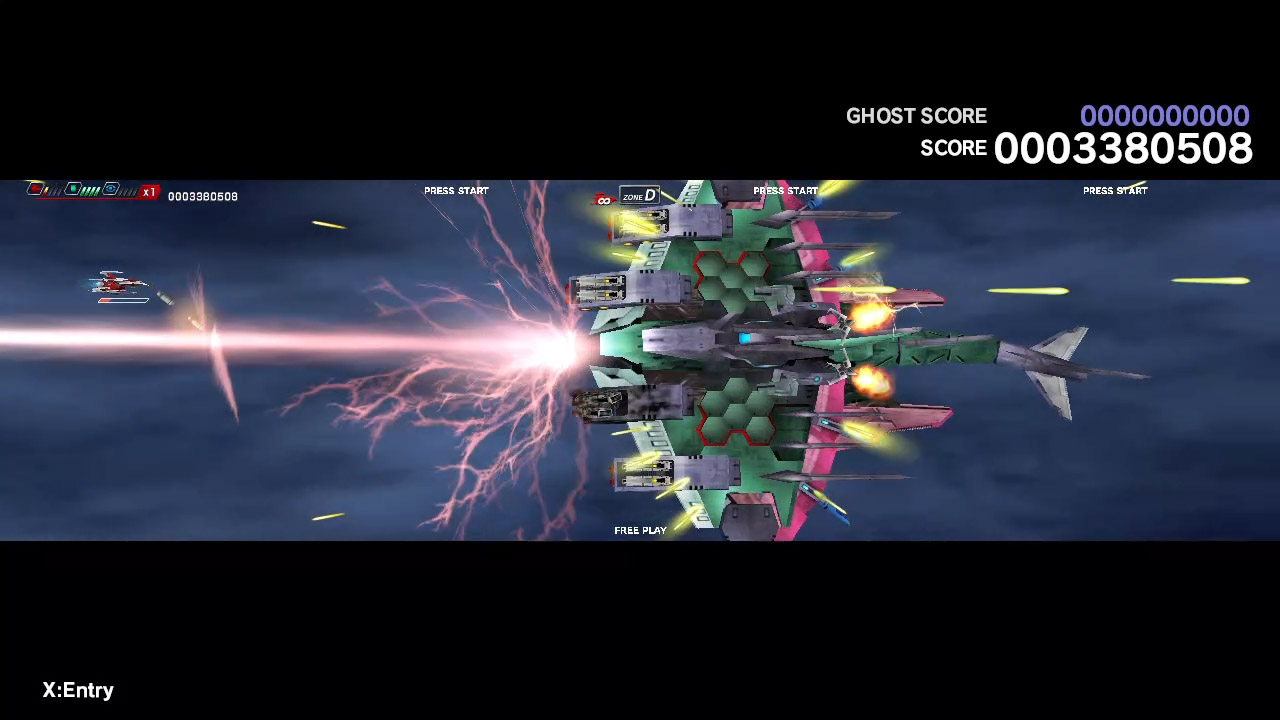 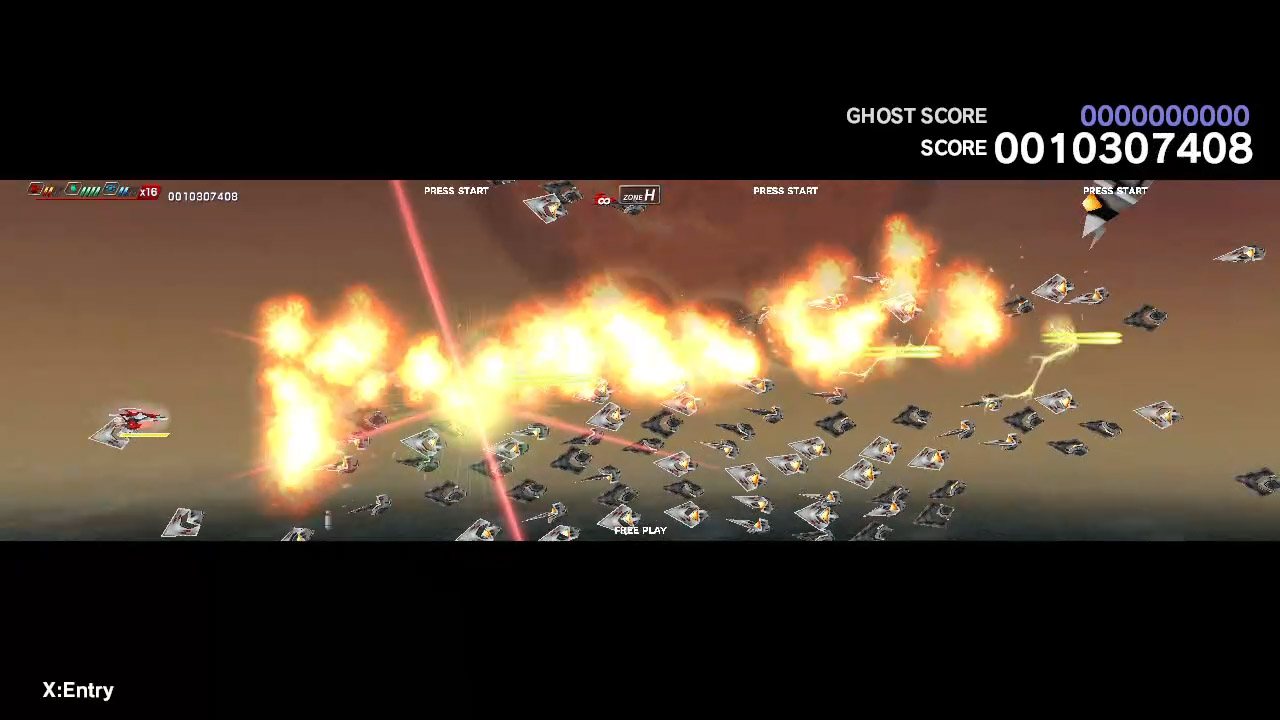 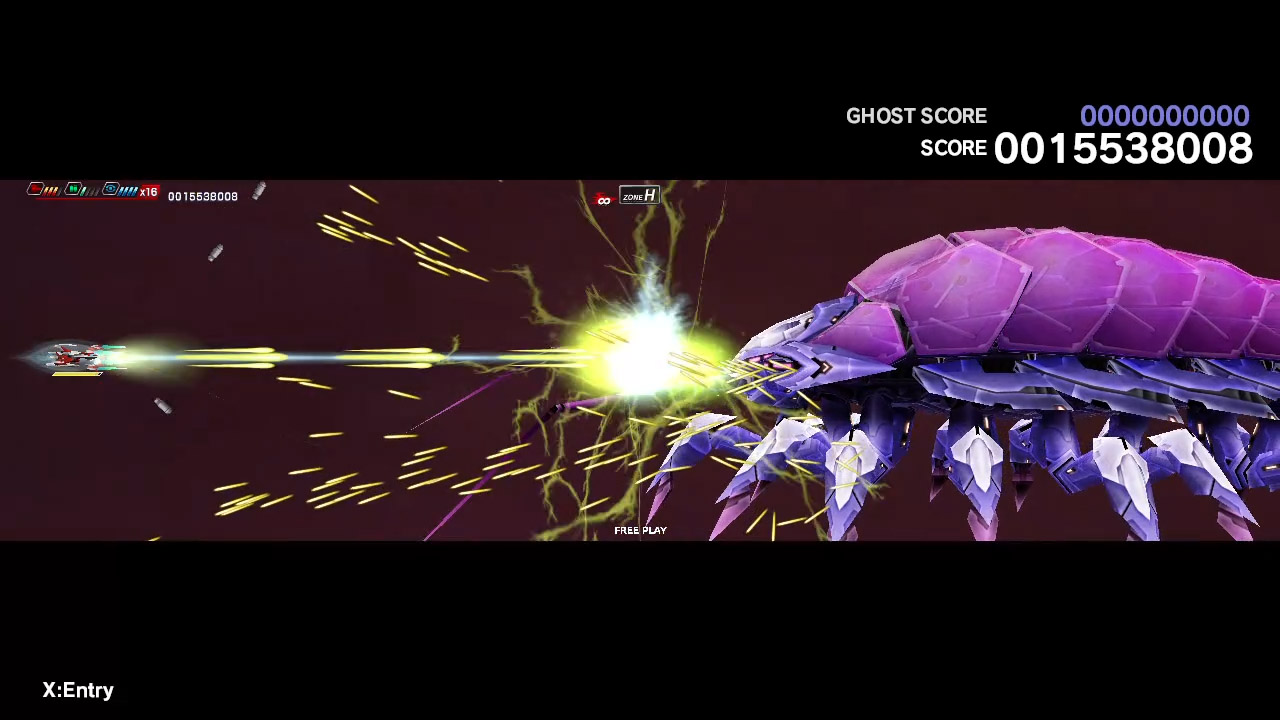 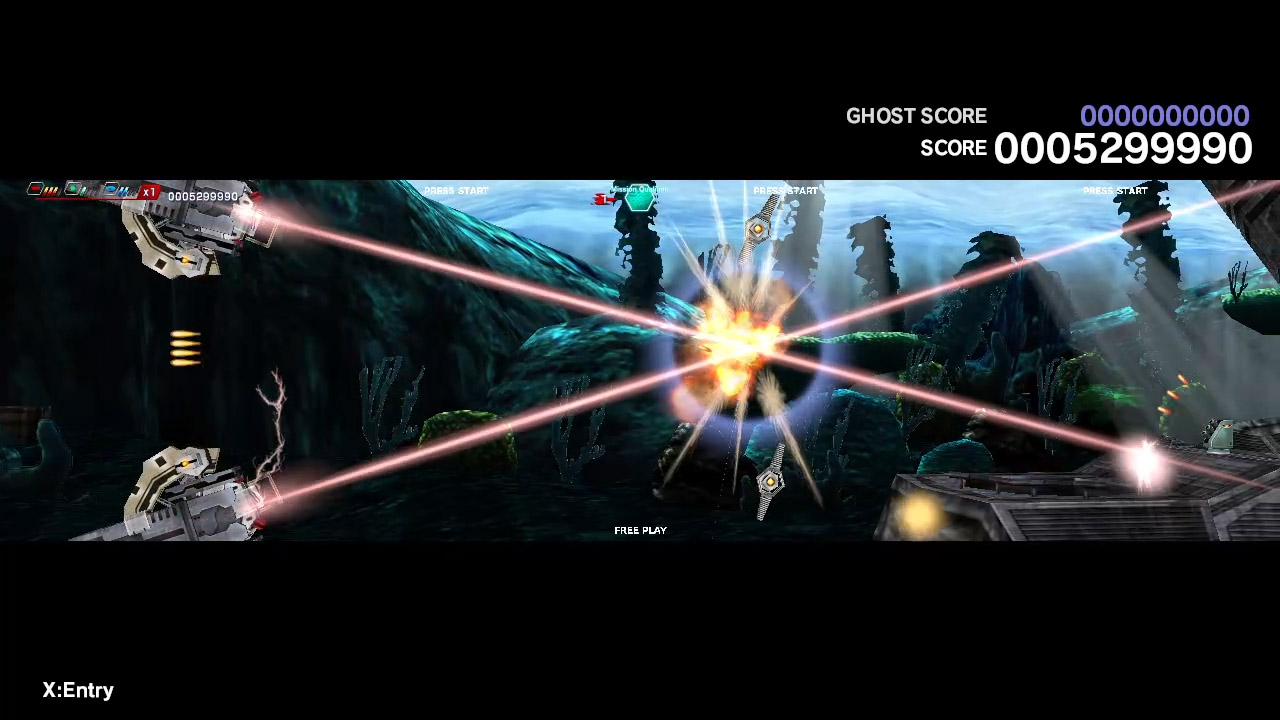 
Nintendo Switch is a trademark of Nintendo.

, 'Playstation' is a registered trademark of Sony Interactive Entertainment Inc.