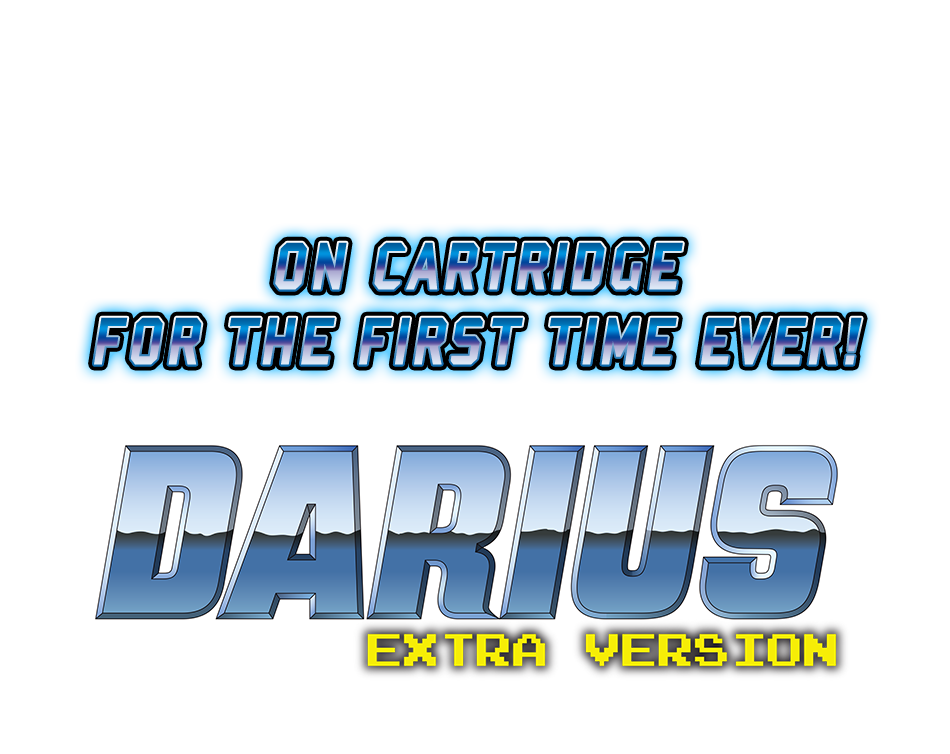 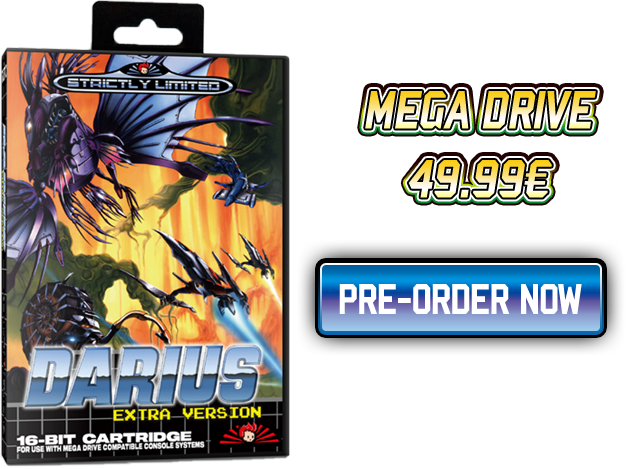 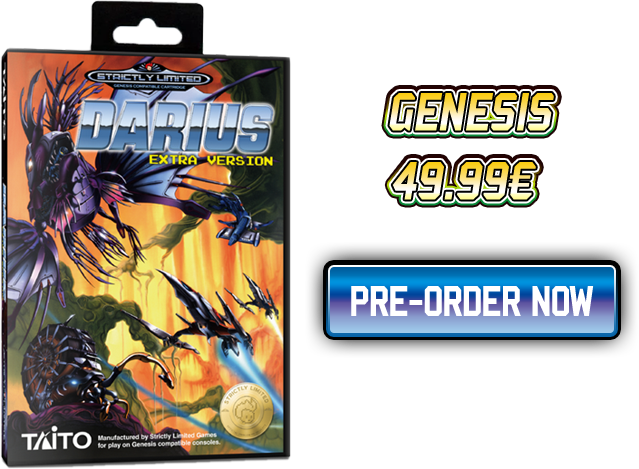 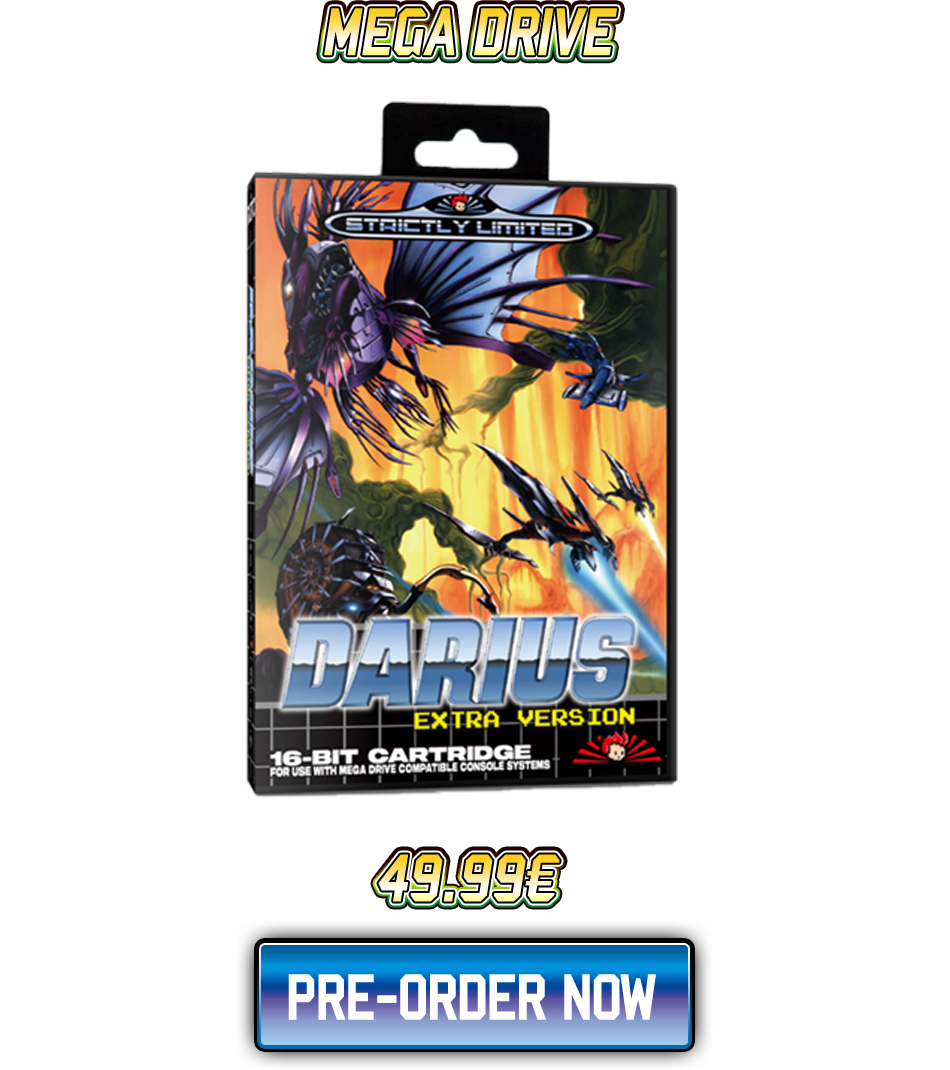 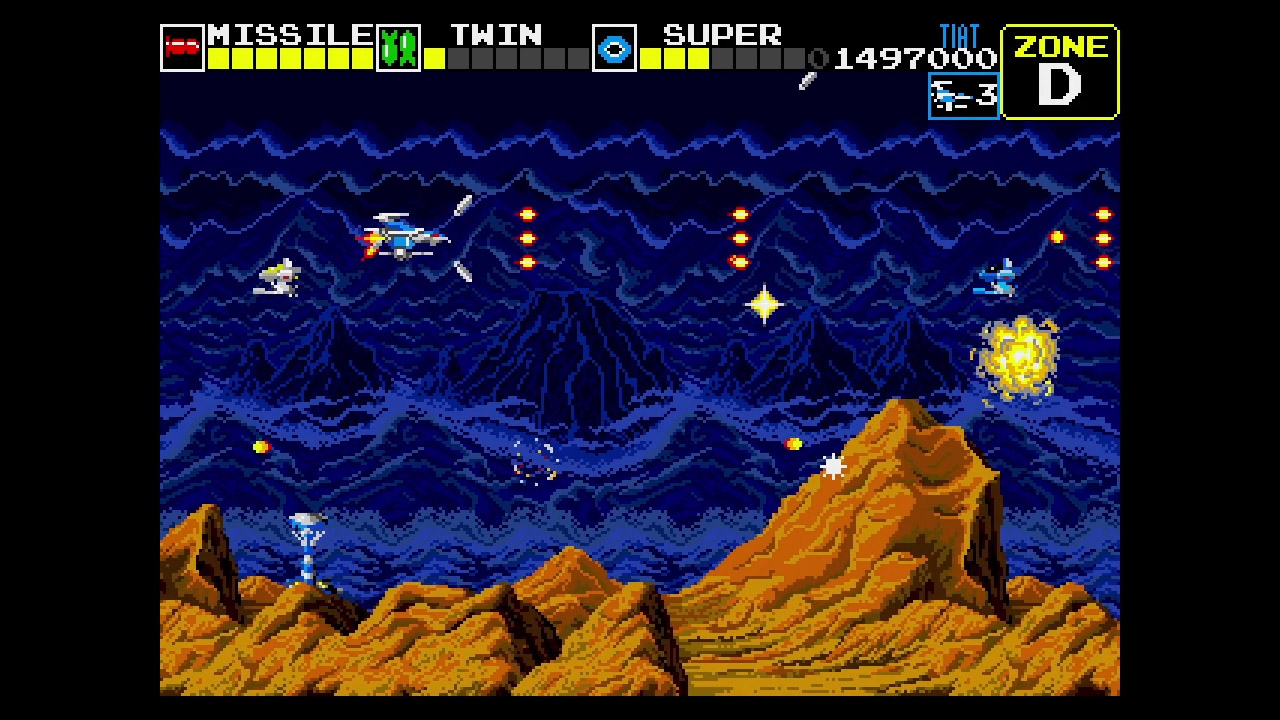 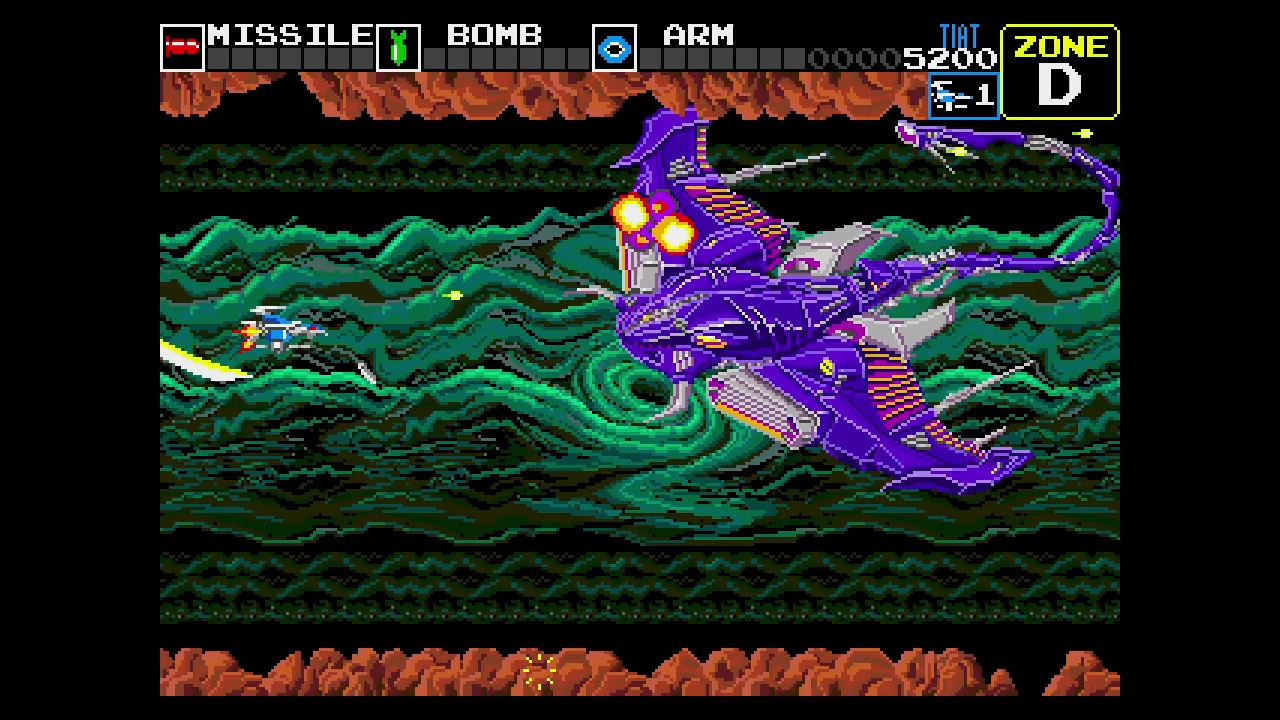 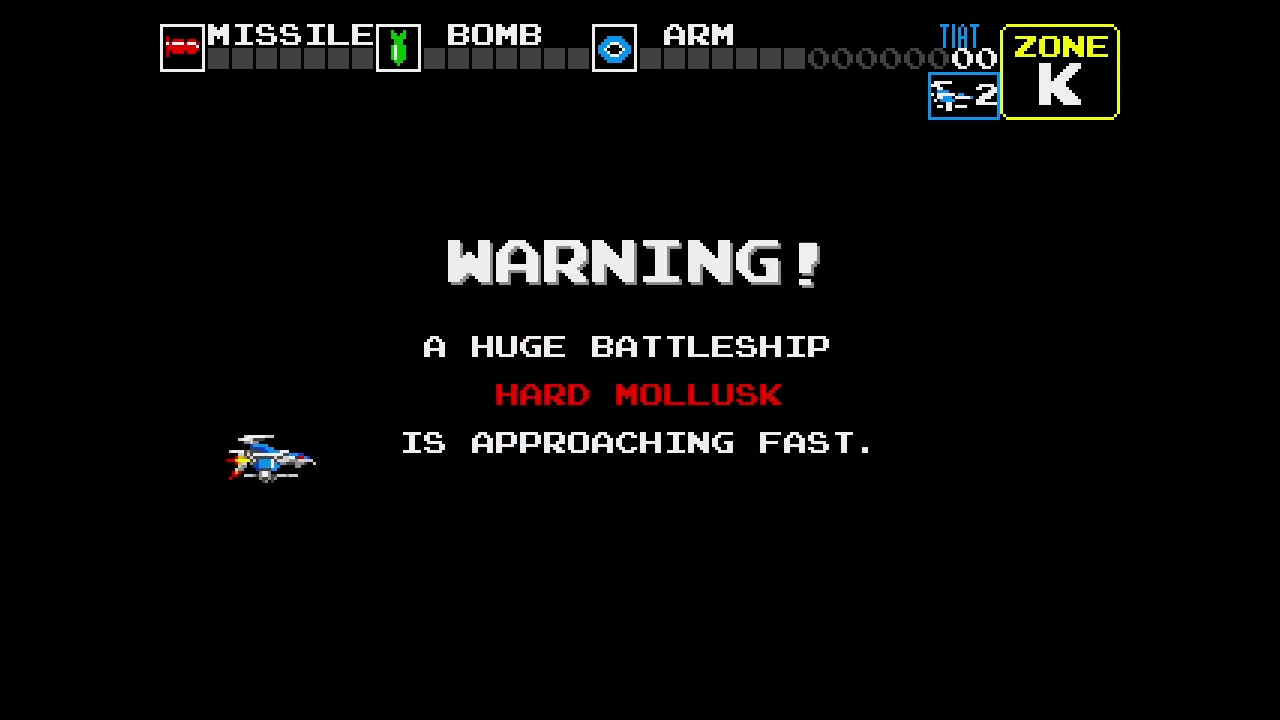 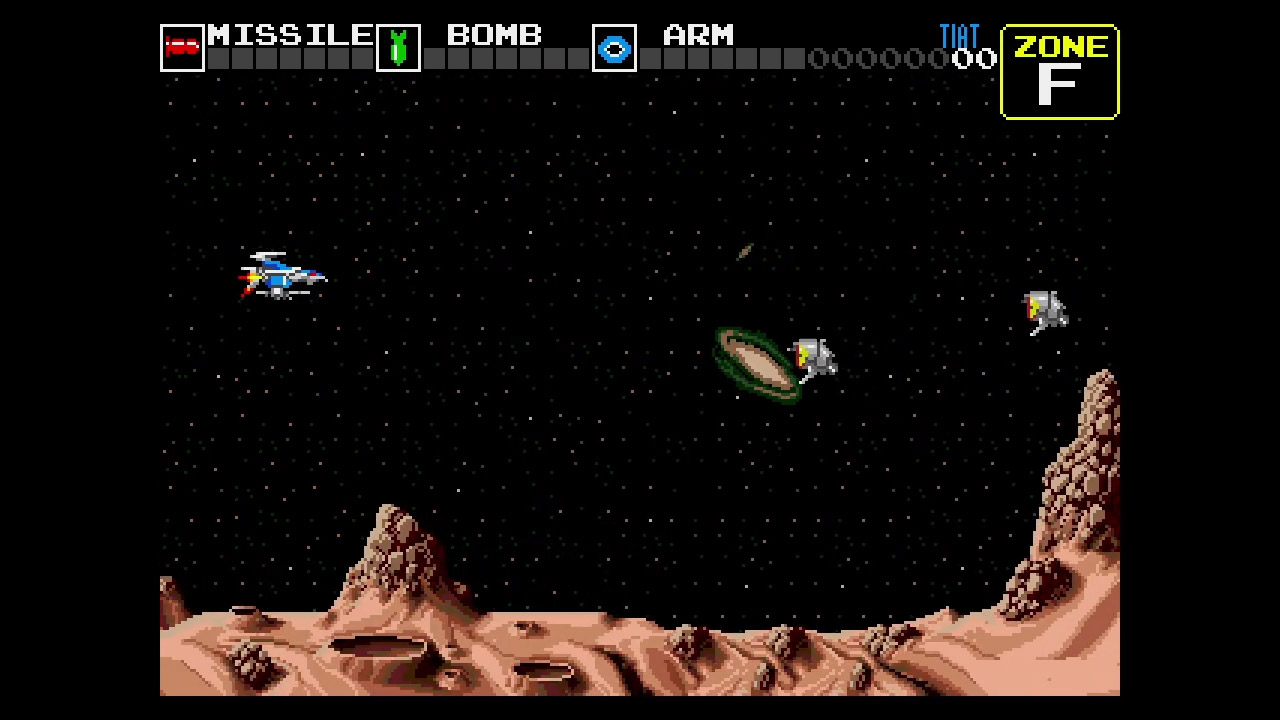 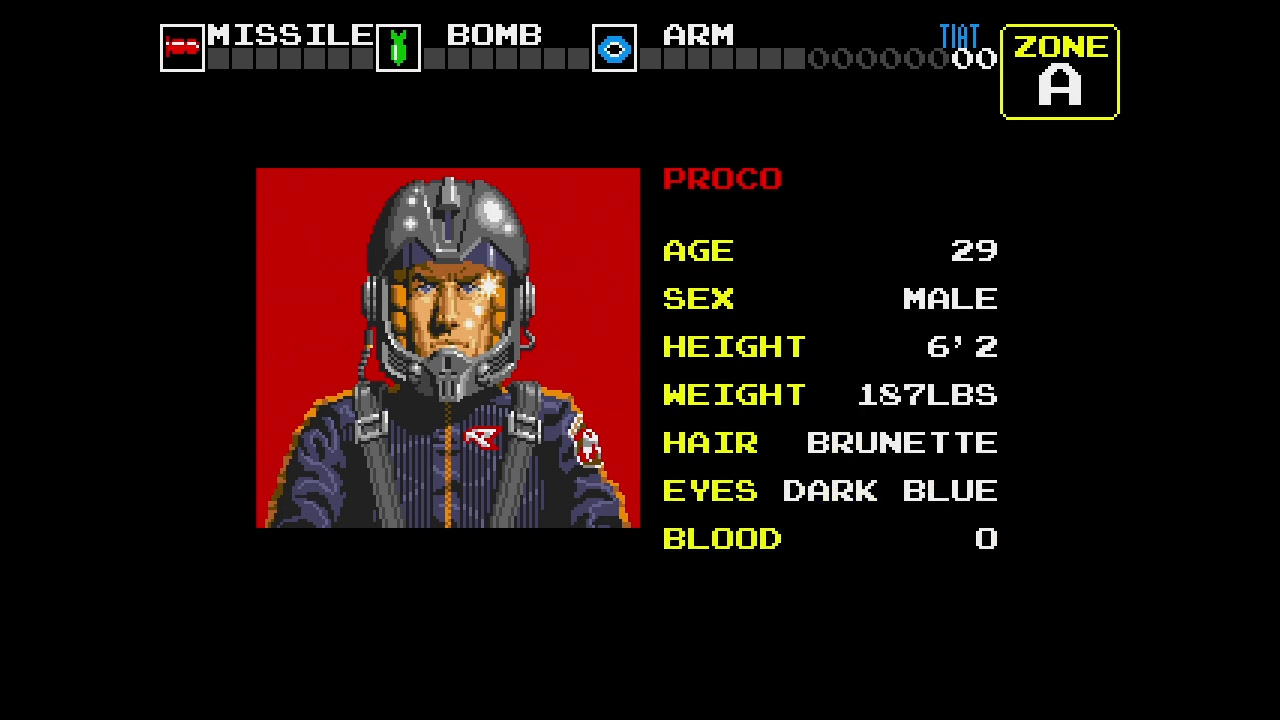 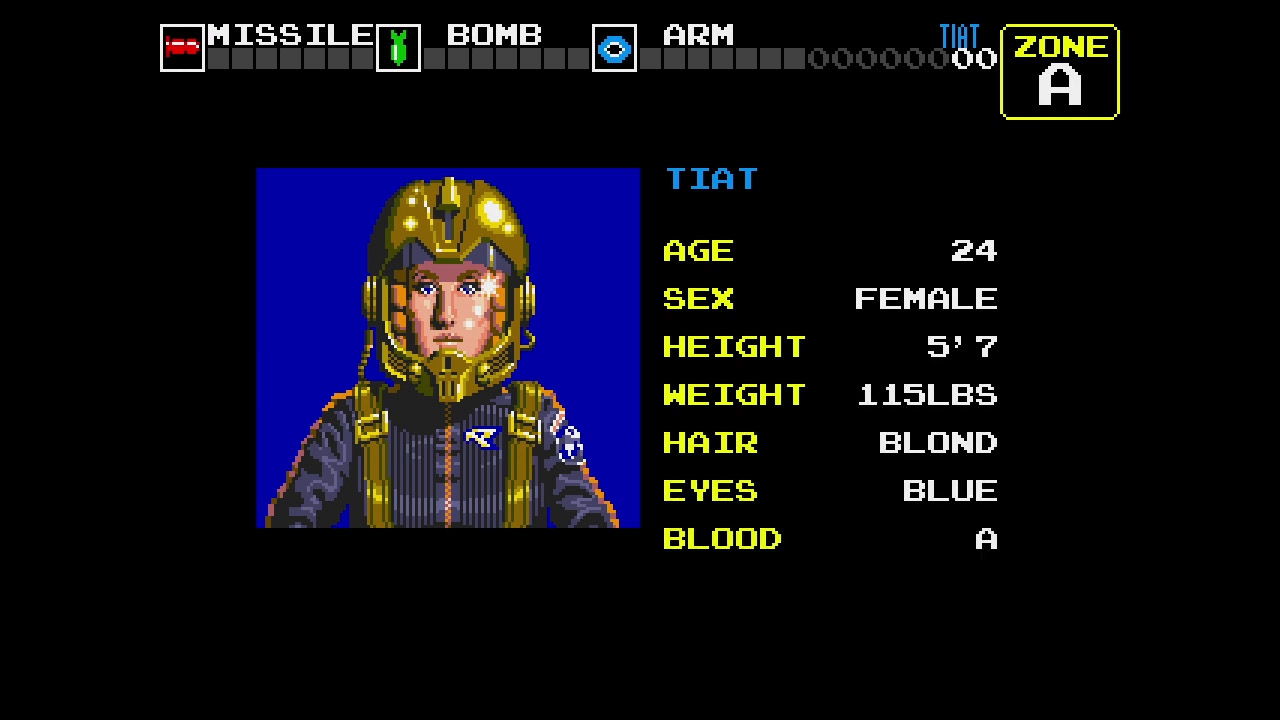 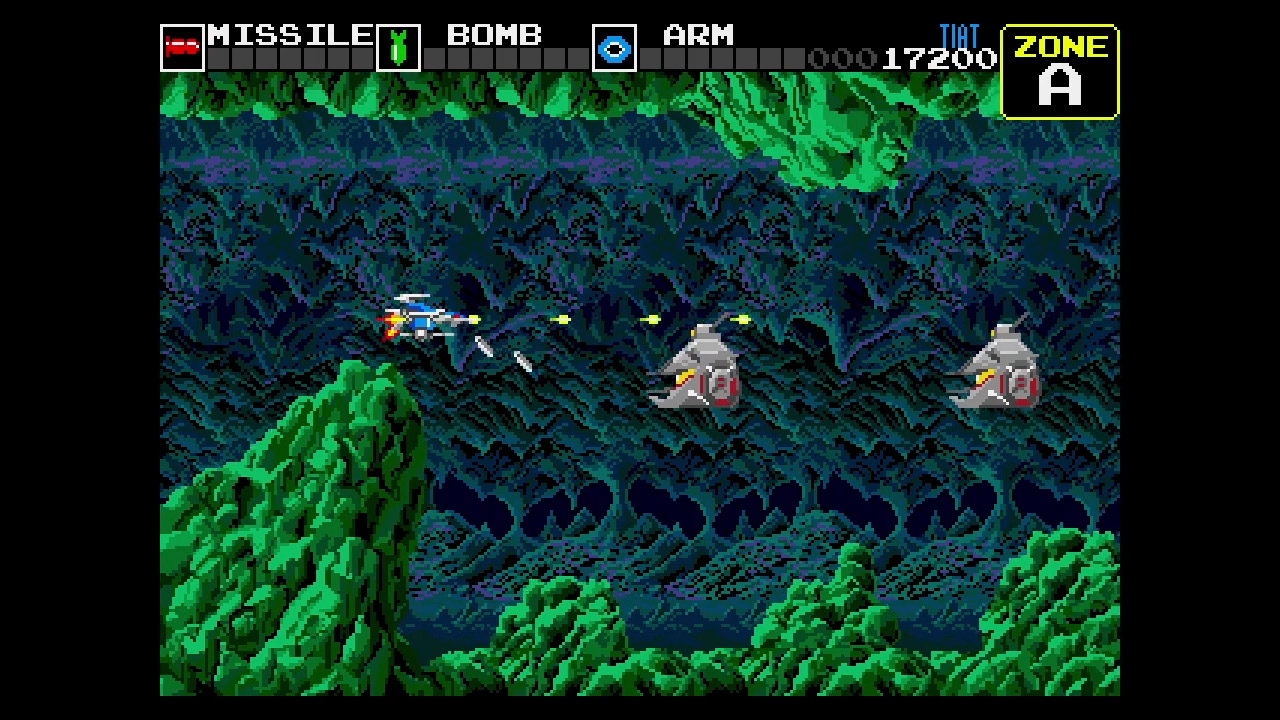 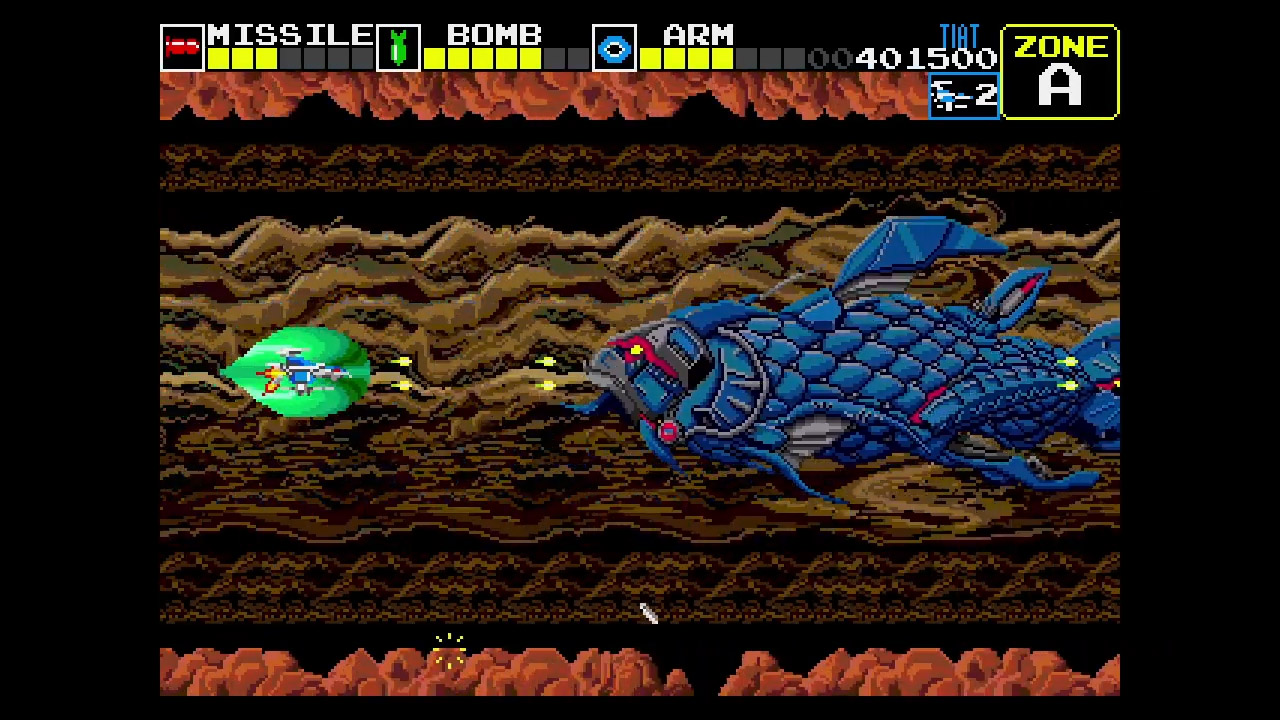 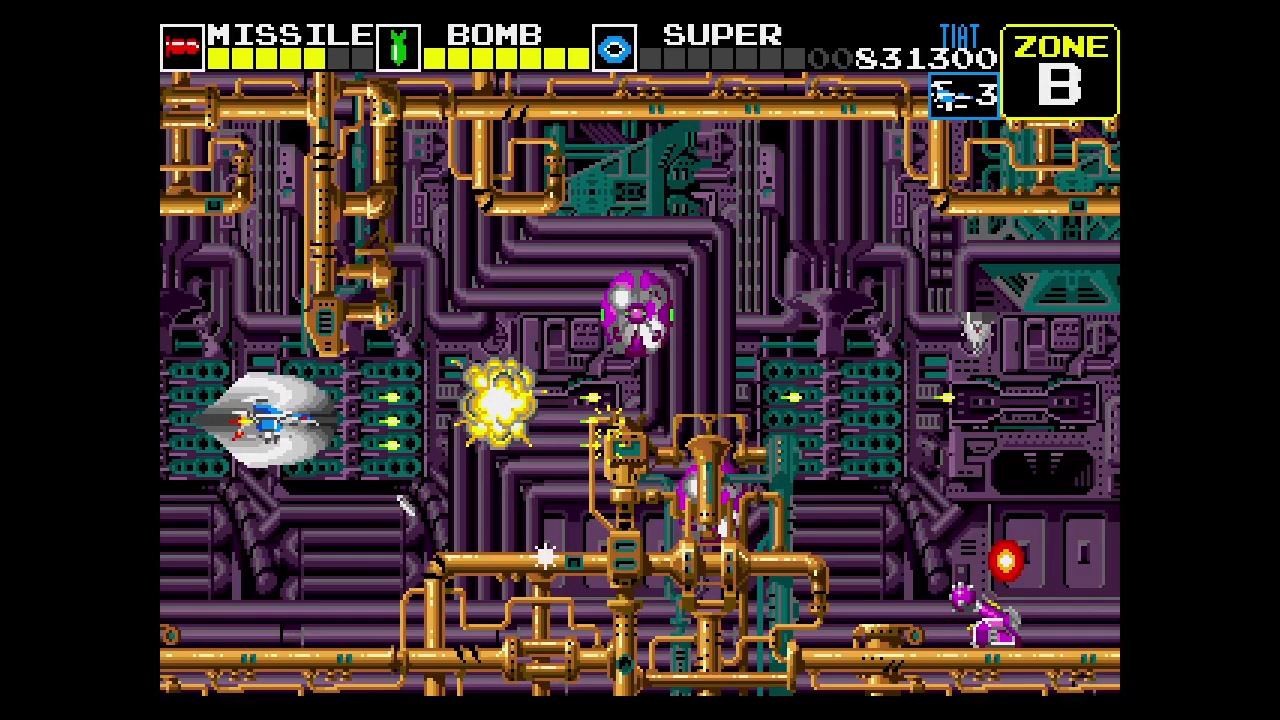 The first DARIUS game was released for arcade machines all the way back in 1986. It was ported to the PC Engine as SUPER DARIUS in 1990, but never released on another console until 2019's Genesis / MD 16-bit mini console.
Now, an enhanced version is available on cartridge for the first time ever!
Not only will you now have it available in physical cartridge form, all officially licensed by Taito themselves, but this updated version will finally make your DARIUS II / SAGAIA collection complete!
As you fire up the engines on your well-armed fighter spaceship, known as the radiant Silverhawk, the end might not be as nigh as it first appeared to be… it’s all up to you!

Each region comes with a reversible boxart so you can choose what nostalgic design you prefer! Make sure to complete your Darius retro collection with this exclusive incredible arcade conversion!